If you’re looking to up your quiz game then check out this list of 25 fruits that start with I to beat your competition!

I could never have guessed that this list of fruits would reach 25, and some of them have rather unusual names for sure, but this concise collection will certainly help you swat up on your pub quiz knowledge.

I have looked for fruit that is edible, whether they are large or small fruit, exotic fruits, or varieties you can easily find in the grocery store.

Some have seeds, some have stones, some are smooth, others have a unique shape – and there are some different fruit names in here that I’d never heard of before!

I’d be interested to see if you have heard of any or all of these. Let me know in the comments.

Here it is, my list of fruits beginning with the letter I!

I hope you find it fascinating. I know I did!

This plant has elongated drupes which are yellow-orange in color but don’t be tricked into eating them. It’s said this plant is used to induce hallucinations and near-death experiences in Central Africa!

The scientific name is Tabernanthe iboga.

This plant is native to several African countries including Cape Verde, Angola, and Congo. The fruit looks like a hairless kiwi fruit in appearance and the inner pulp is pink.

The scientific name of the family is Icacinaceae.

Also called the cocoplum, this pretty purple fruit is small and round. They are grown in Florida and the Bahamas among other places and it is also used in traditional medicine.

Ice apples are funny little fruit from South Asia. Its outer shell is covered in a husk, and inside is a clear jelly-like seed that is edible. When ripe it tastes sweet and is a good source of vitamins A and C.

The scientific name is Borassus flabellifer.

I chose to put this on the vegetable list as well as it is actually a bean, however, it has a sweet vanilla taste to it and is referred to as ‘nature’s cotton candy’.

The scientific name is Inga edulis.

Ice plants are also known as fir-marigolds. They are classed as succulents and the flowers and leaves are edible. They have a bitter taste, so are perfect for making a tart jam.

In South Africa they are also used for medicinal properties. The leaves are said to help with digestive problems and the juice has several applications.

The scientific name is Carpobrotus edulis.

Ok, so this is a bit of a cheat but Ichigo is actually the Japanese word for strawberry. This fruit is red and sweet as you may know. In Japan, Ichigo mochi is a popular dessert.

The scientific name is Fragaria × ananassa.

This is a funny-looking fruit for sure. It is white and nobbly. Native to Central America, a favorite way to serve it is with cream and sugar with a squirt of lime or lemon juice to bring out its tart flavor.

The scientific name is Annona macroprophyllata.

The scientific name is Podocarpus elatus.

This is a fruit similar to the plum with smooth, thin skin. It is bright orange in color and used mainly to make drinks in Florida. It has a sweet, yet acidic taste.

The scientific name is Garcinia livingstonei.

The incaberry is also known as the Peruvian groundcherry and its part of the nightshade family.

An exotic export, this fruit is used to make jams, chutneys, and pie filling among others. Its outer husk makes it a decorative choice to use in restaurants.

The scientific name is Physalis peruviana.

This fruit is popular in the Pacific regions including Madagascar and Seychelles. The fruit’s shell starts bright green and moves through to a dark red when ripe.

It is often eaten raw or cooked, although the ‘almond’ can be difficult to extract.

The scientific name is Terminalia catappa.

Fruit from the Indian banyan tree is round and has an orange outer skin. The tree is a strangler tree, named because it suffocates any tree it grows around.

The tree is said to be the biggest in the world with an average perimeter of over 2000ft!

The scientific name is Ficus benghalensis.

The Indian gooseberry is bright green in color and the tree is native to India and the Middle East. They are said to have several health benefits, including helping to lower cholesterol.

The scientific name is Phyllanthus emblica.

This fruit tree was introduced to the West Indies by the Portuguese in the 17th century. It is usually eaten either fresh, or it can be made into juices, jellies, and interestingly, sherbet!

Other parts of the plant have uses in traditional medicine.

The scientific name is Spondias mombin.

Also known as an Indian plum, this is a tropical fruit that is green in color. It is a rich source of vitamin C and it’s usually eaten raw, made into drinks, or pickled.

The scientific name is Ziziphus mauritiana.

The Indian variety is one of two main species of mango. Did you know? Mango trees can grow up to 100ft (30.5m) in height!

While the popular fruit can be eaten raw or made into smoothies, juices, and puree, the wood of the tree is used for making things like ukuleles.

The scientific name is Mangifera indica.

Also called the Indian plum, this pinky-red fruit is small and has a quirky star-shaped stone in the middle. It is mainly native to Southeast Asia and Polynesia.

This little blueberry-sized berry is popular for making refreshing drinks in summer in India. It has a tangy sherbet-like taste – yummy!

They are also said to help with digestive problems.

The scientific name is Grewsia asiatica.

Also known as the mock, or false strawberry, this plant is used for ornamental and medicinal purposes. Its fruit is edible but is said to be less flavorsome than a true strawberry.

The scientific name is Potentilla indica.

This fruit is classed as a pome and looks like a russet apple in appearance. It has a sweet and slightly tangy taste and the tree is native to Southern Asia.

Young fruit starts out green and turns a dark brown with yellow spots in maturity.

The scientific name is Pyrus pashia.

Also called the kaffir lime, the outer skin of this fruit resembles a brain-like structure!

It is used commonly in Southeast Asian cuisine, but it is also used to make perfume and essential oils.

The scientific name is Citrus hystrix.

The Italian plum, or prune, is sweet in flavor and has a dark blue-black coloring which is cloudy like the skin of a blueberry.

In cooking, they are popular for making jams and are used in desserts and cakes.

The scientific name is Prunus cocomilia.

The appearance of this fruit is really interesting, it almost resembles a fir cone, however it has an edible pulp and seed inside. The tree likes the swampy regions of South America.

It is high in vitamin A and C and is used to make jams and jellies as well as alcoholic beverages.

The scientific name is Mauritia flexuosa.

The iyokan is a hybrid citrus fruit that looks similar to a mandarin orange. In Japan, it is the second most produced citrus fruit after the satsuma.

In springtime, it is used as a limited edition KitKat flavor and the packets have good luck messages on them for the students sitting exams – how sweet!

The scientific name is Citrus × iyo. 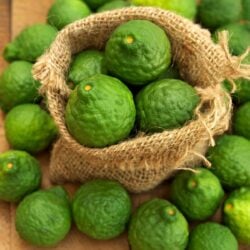 Add to CollectionGo to Collections Print Pin
No ratings yet
When it comes to knowing fruits that start with the letter I, beat all your friends with this fun and interesting list.
Author: HurryTheFoodUp

Well, that made for a fun read don’t you agree? You can’t say you haven’t learned anything – unless you already knew all of them, in which case that’s amazing.