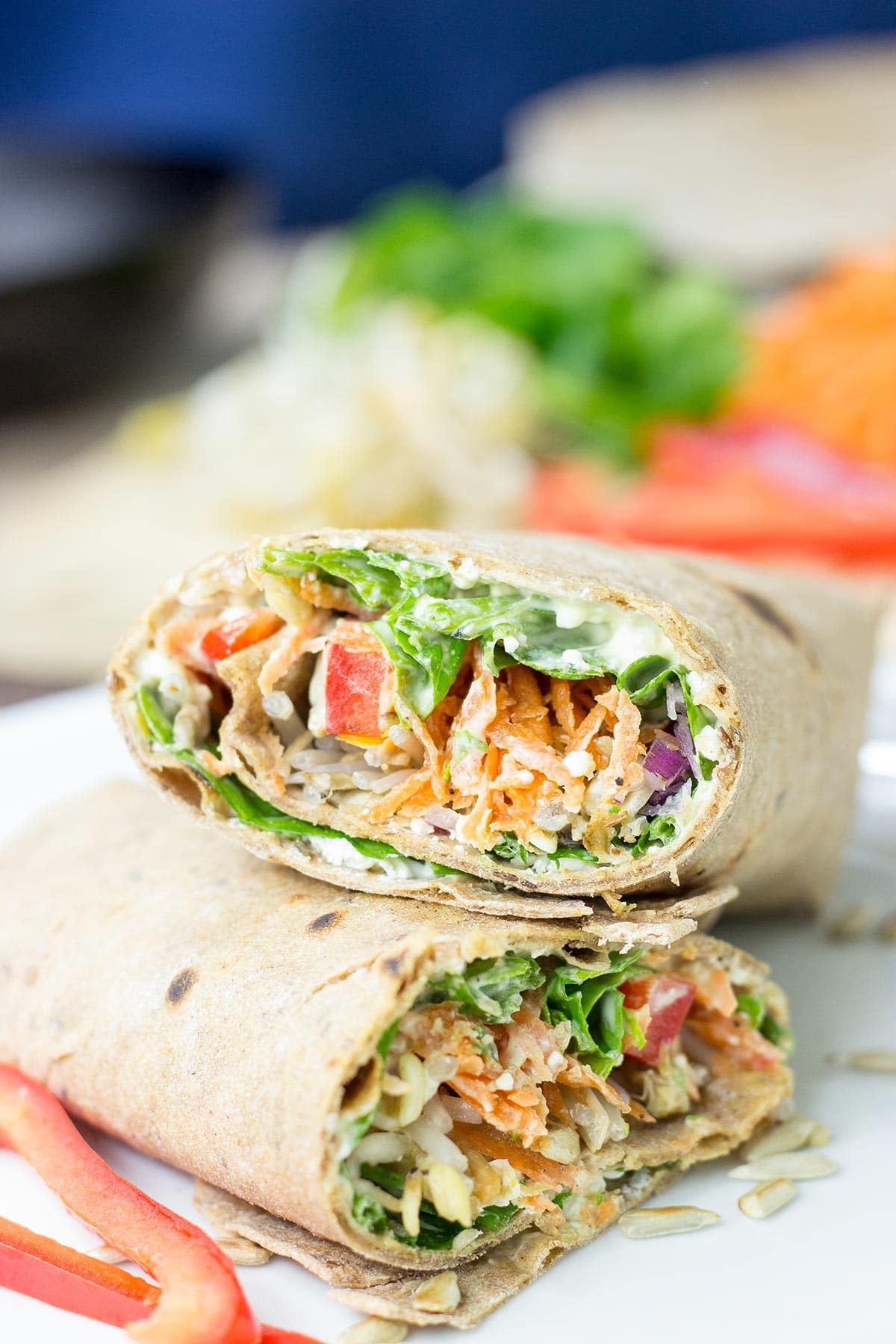 Anyone with an addictive personality out there? Thought so. Me too! But it’s not all bad…not when it’s something like these veggie wraps.

I literally can’t stop eating them right now. I already know they’re gonna be a major part of my summer.

Kat will soon rue the day she modified the recipe, made it even tastier than it was before, and then introduced me to it.

That being said, no cooking skills are needed for this one (unless you count roasting a few seeds in a pan, I suppose).

It’s literally just throwing the right ingredients together, so I’ll have no excuses!

The dijon mustard (you can use wasabi if you prefer) gives the whole wrap a subtle background tang – but it’s not overpowering.

I’m not a massive mustard fan to be honest, but mixed with the cottage cheese and yogurt I can suddenly see what all the fuss is about.

The sunflower seeds add an unexpectedly juicy and smoky flavour to the mix, while the carrots and peppers contradict the soft wraps with a snappy crunch.

I like to have it as my evening meal (and lunch too if possible) but as it’s designed to be eaten cold it’s perfect for taking anywhere. Picnics, bbqs, or just to work…wherever it’s needed!

We like to make this wrap with spinach leaves – while it’s rare that anyone comes forward saying ‘ooh spinach, my favourite food’ it is just so incredibly good for us.

Packed with vitamins, nutrients and lots of flavonoid compounds that act as anti-inflammatory and anti-cancer agents it quickly becomes obvious that it really is something we should be eating.

Spinach is also the second highest food in the world for it’s vitamin K ratings, providing a crucial role in both bone health and blood clotting.

If that wasn’t enough then you’ll be pleased to hear that just one wrap also contains 16 grams of protein, 20% of your daily needed fibre and more than 100% of your recommended vitamin A and C intake. Awesome! 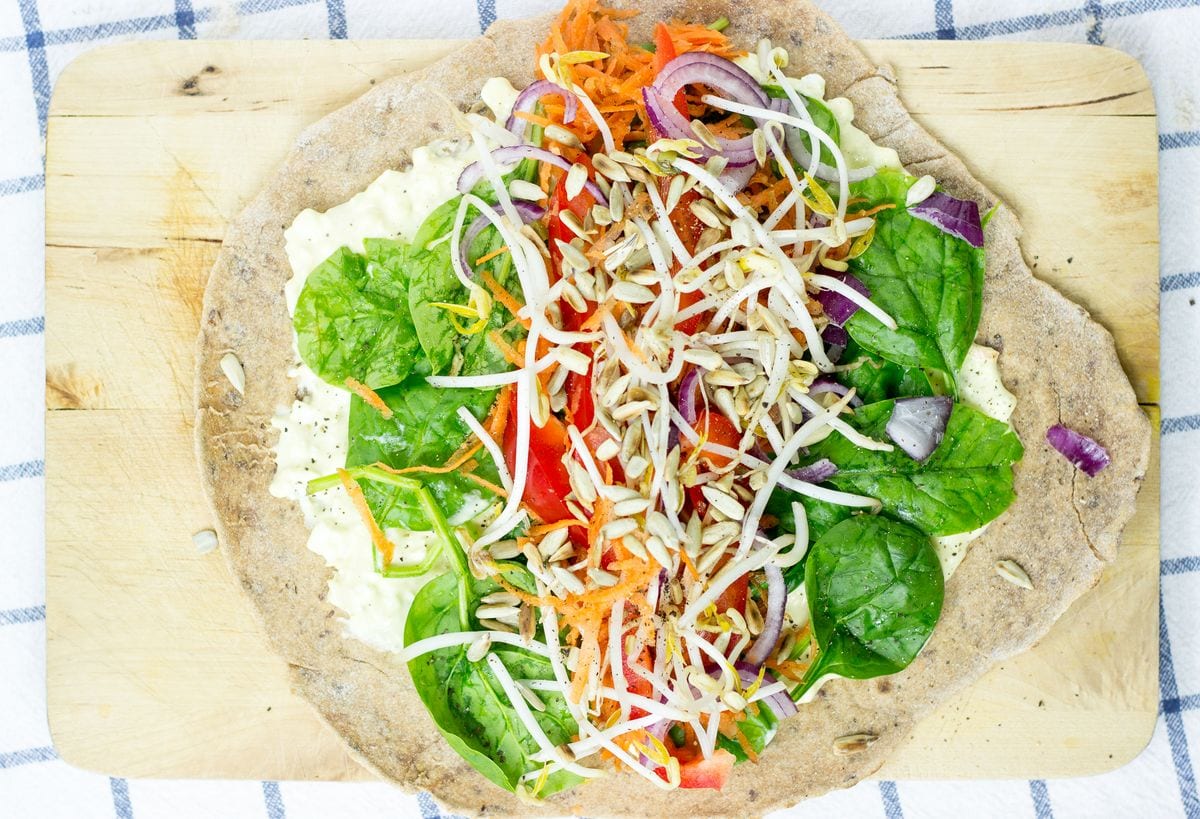 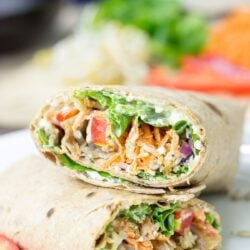 IF YOU LIKED THIS RECIPE: Try out one of our other recipes - if you have a lot of spinach leaves left our satisfying Baked Eggs in Spinach and Tomato are a great breakfast or our delicious Spinach Tomato Quesadillas should hit the spot. Who wants to waste good food after all?