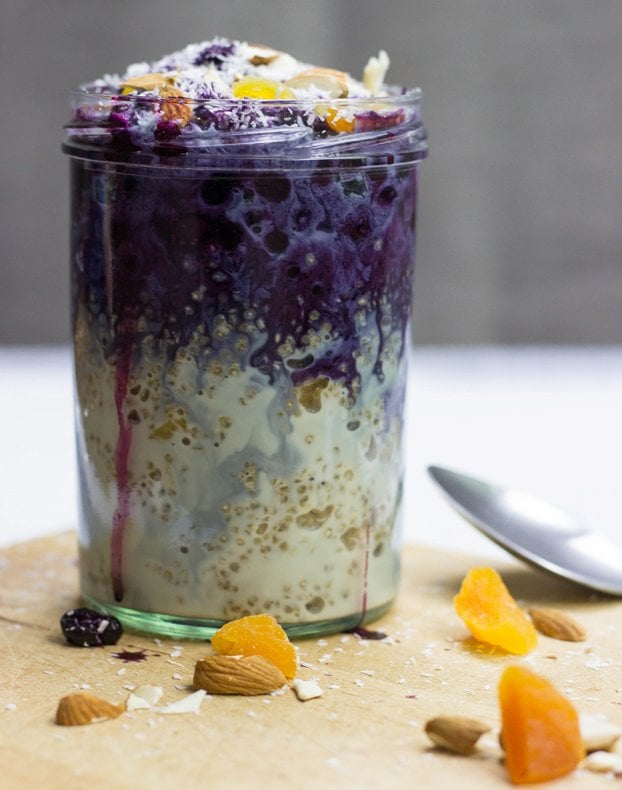 To start with it’s so cool you’re not even allowed to say ‘quin-o-ah’ – you’ve gotta call it ‘keen-wah’, otherwise you’re really not with it. And may well get arrested. By the pronunciation police.

It’s also not a thick, stodgy meal that porridge often turns into when not cooked right, but a relatively light, refreshing breakfast (or lunch, or dinner) bursting with fruit and the flavours of summer.

One of the most exceptional things about this version of quinoa porridge is that it’s combined with a few tablespoons of hot blueberries.

It has everything – Indian spices, crunchy nuts and these amazing almost-like-jam sweet blueberries. You don’t even need to add an additional sweetener! Right on. 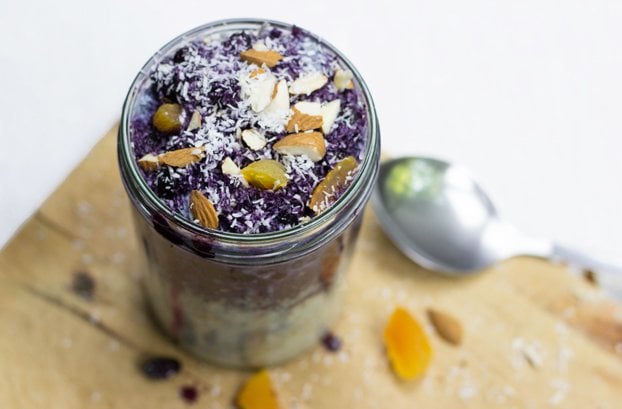 We’re a little obsessed with quinoa at the moment, not least for the fact that it’s a complete protein.

In layman’s terms this means that it contains all of the essential amino acids needed to build new protein.

Protein is incredibly important to our bodies – we need it for so many things from building and repairing muscle to keeping our immune systems strong – in fact we can’t live without it.

Vegetarians and especially vegans often find themselves subjected to questions like ‘where do you get your protein?’ or ‘why aren’t you dead yet?’ when they announce they don’t eat meat or even animal products.

This is linked to the old bullshit myth that protein is only found in meat – nothing could be further from the truth, of course.

Protein is all around us – however many vegetarian sources (grains, legumes, nuts etc) don’t contain all the essential amino acids (the ones your body can’t produce on it’s own), so we have to mix and match our intake to make sure all the protein can get made properly.

That’s not really a problem and you’ll often do it without even knowing you are (so don’t let it put you off not eating meat!) – but it’s where quinoa really stands out too.

Being a complete protein, quinoa doesn’t need to be combined with anything else for it to work – it’s ready to go as it is.

So whether you’re just looking for a healthy meal to keep yourself going or veritable feast after a hard workout when your muscles need all the help they can get, you need look no further than lovely quinoa. 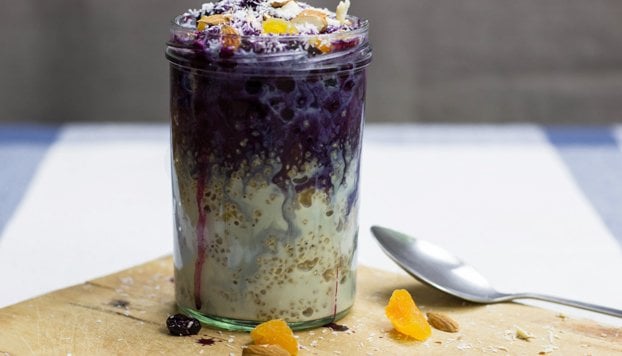 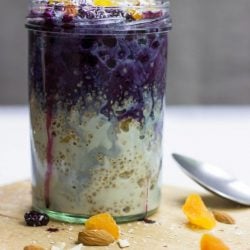 NOTES: This quinoa porridge was inspired by Bondi Harvest. Awesome show! IF YOU LIKED THIS RECIPE: Then you also need to check out Kat’s Vegan Overnight Oats and our awesome Mocha Oatmeal.