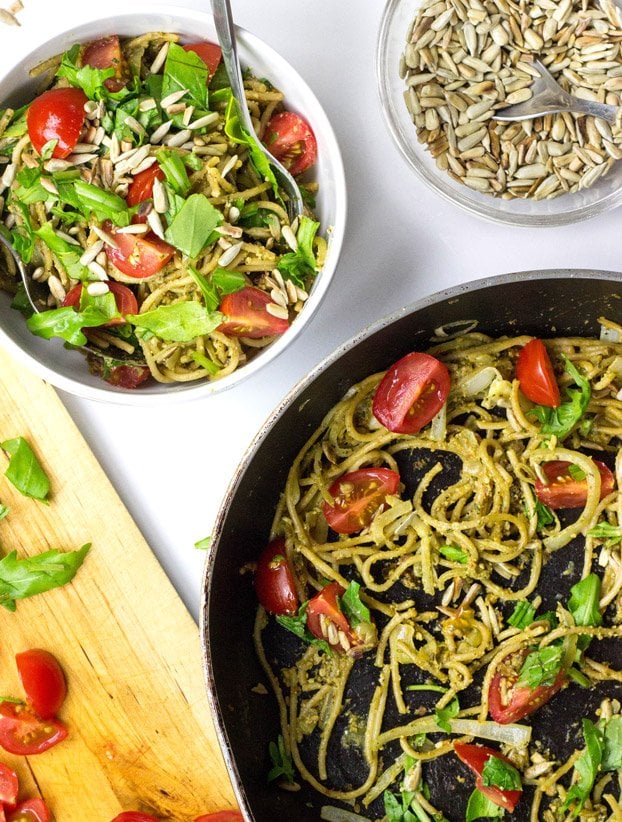 Pesto has as interestingly long history – in various guises it can trace its roots back to the Ancient Roman age.

The word pesto comes from the original Genoesepestâ, and it means to pound or crush.

Technically speaking, anything can be called pesto if it’s ground or crushed, but pesto as we know it is certainly the tastiest.

It was traditionally made in a mortar and pestle – hence the name (1).

Modern day pesto is believed to have come from an ancient Roman dish called moretum – a healthy mix of garlic, nuts, cheese, salt and oil. It was also made in a mortar and pestle (2).

Basil only became a well-documented ingredient in as recently as the latter half of the 1800s.

Since then countless variations have been with different varieties of nuts, garlic, oil and often but not always cheese.

Pesto Rosso, or red pesto, which is what this pasta meal is based on, is relatively new and the primary ingredient is tomato.

We have basil in our red pesto, but no cheese. We also made a green pesto, which does have cheese, but no tomato. It could also be made without cheese. 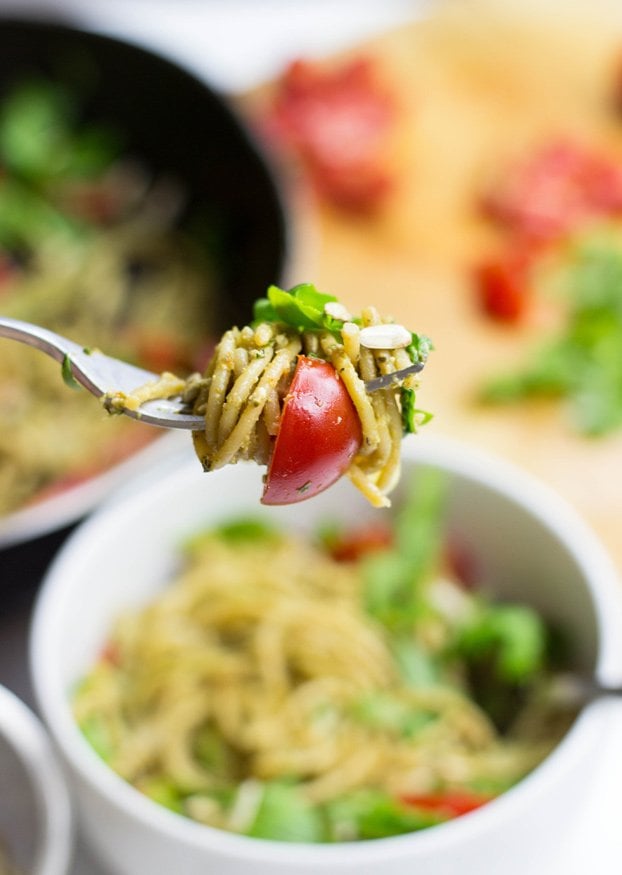 Back to the red pesto pasta…

So why are we telling you all this? Well basically, if it’s been enjoyed for a couple of thousand years then it can’t be bad, right? 😉

In a nod to our experimental pesto-loving ancestors, we’ve created this simple yet delish red pesto pasta dish – we’ve added a handful of rocket for the nutritional benefits (hint: rocket rocks!), and we couldn’t resist throwing in a few cherry tomatoes for that juicy, sweet crunch at the end. 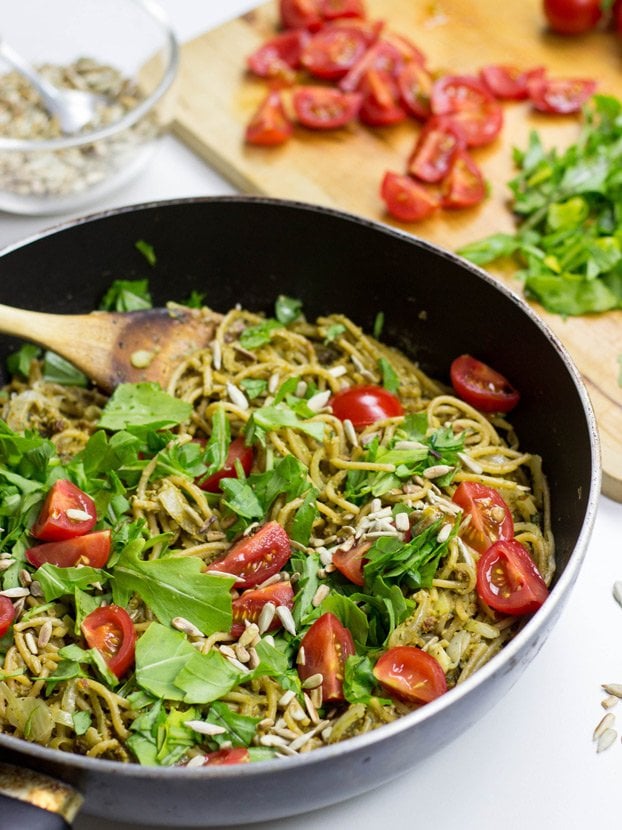 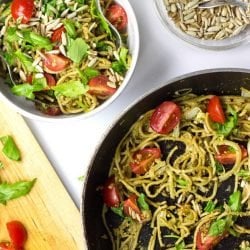 Our nutritional information table does not include the red pesto as the data depends massively on the type of pesto used. Click here for a healthy, nutritious homemade version. IF YOU LIKED THIS RECIPE: then check out this lovely green pesto, or try this creamy avocado pasta for an amazing pesto alternative!