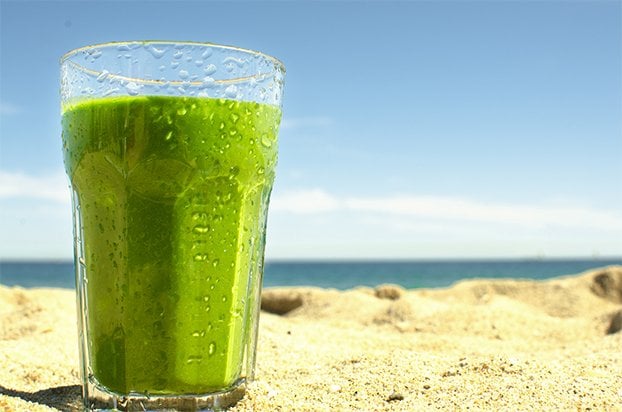 Let’s be honest, spinach is on nobody’s list of favorite foods. But as Ned Stark would never say –  summer is here – and things are getting hot and steamy. And while we’re being honest, let’s face it – looking your best is never easy.

But we’ll be damned if we don’t give it a shot – and what better way could there be than a cool, refreshing and exceptionally healthy smoothie that does NOT taste of spinach.

I’ll repeat that; it does NOT taste of spinach!

A green spinach banana super smoothie is however a quick (just three minutes) way to get in a decent breakfast or to charge you up after a workout. I know, drinking something green feels wrong. But it’s oh so right.

You just need to get used to the freshly mown lawn smell. And FYI – drinking a green smoothie doesn’t make you a hipster, just smart.

Bananas and spinach contain a lot of fiber. My favorite feature of fiber rich food is that it makes you feel full for longer (1).

You won’t get so hungry so quickly again, which helps you to snack less on whatever it was you promised you wouldn’t.

The smoothie is also great after a workout. With the 16g of proteins from the spinach and peanut butter an 80kg (176lbs) person already takes in more than 20% of the daily recommendation – essential for keeping fit and strong (2).

To top it all of you get a load of iron and potassium. Potassium helps the fight against increased blood pressure and stops muscle weakness (3) and iron keeps you vital (4). 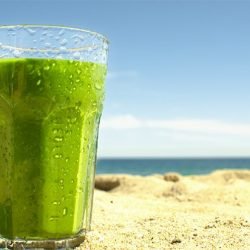 IF YOU LIKED THIS RECIPE: We know sometimes a smoothie change is necessary. For when that happens we also highly recommend the Kiwi Banana Smoothie or the Mango Lassi if you have two minutes more in the morning.