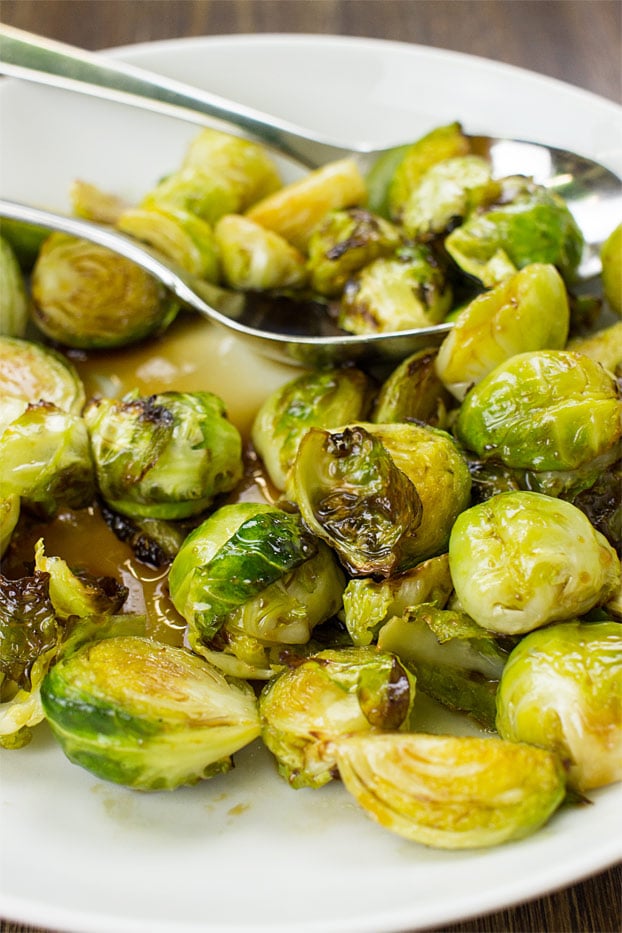 I honestly never thought I’d see the day when I’d be writing about sprouts – and absolutely loving them. Brussels sprouts and many people have a love/hate relationship – though maybe that lessens a bit with age.

If you’re here looking for a brussel sprouts with balsamic vinegar or cream recipe, it probably means you love them. If you don’t already, you will soon.

Although for some, the basic sprout is a fine vegetable on its own, for me it needs something more. A sprout isn’t a sprout without a little help.

I still remember the Christmas dinners where each of us kids were forced to eat a single sprout. We all made a fuss, argued about the real need of eating the sprout. It was just something to ruin our meals, and not fair we had to eat one.

All except my little brother. He didn’t make a fuss. Barely said a word. Just quietly nodded, and agreed to eat his sprout. It soon disappeared from his plate. We were all quite amazed he enjoyed them so much.

But where did that sprout disappear to? The toilet! Years later we found out the little bugger had secretly been stashing them in his pocket, then heading off to the bathroom at the earliest opportunity to get rid of his hated sprout. Pretty good for an eight-year old, I’ll give him that.

Don’t worry, these brussel sprouts with balsamic are in no danger of being flushed away. They’re awesome. Absolutely delicious. And the secret? 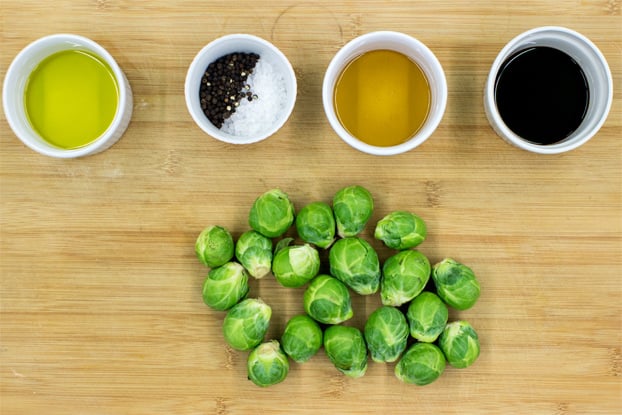 The secret of good sprouts…

Is to char them. Make sure they cook well, and at a high heat. Letting them go crispy and brown is a yes-yes. They start to caramelise and the sweetness of the balsamic cream, or maple syrup, just adds to the flavour. Let them go even browner than they look in the pictures!

Speaking of which – you can choose how to make these most lovely of sprouts! If you can find a sweet balsamic cream like this, then use it! If you can’t, never fear. A simple mix of standard balsamic vinegar (or even red wine vinegar) and maple syrup does the trick equally well. 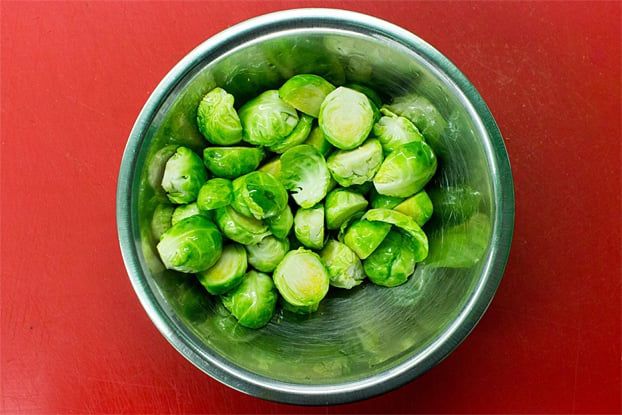 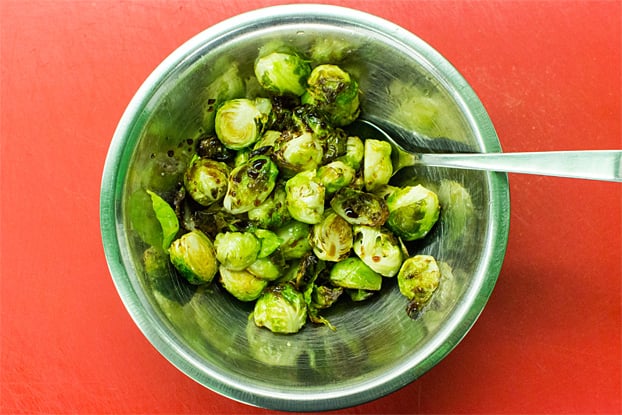 Brussel sprouts with balsamic – don’t let a good sprout down!

Of course, a plate of sprouts on its own may not be completely appealing. Unless you’re on a pretty hardcore diet consisting of sprouts alone, we’re going to guess they need something to go with them. We have a whole list of our favourite Christmas/Thanksgiving/family meal recipes right over here.

We also wholeheartedly recommend checking these out for further inspiration:

Eating as vegan or vegetarian over the Christmas period REALLY isn’t difficult. In fact, it’s probably more of a challenge not to overeat! We can help there, too.

We’re proud to run the 30 Day Veggie and Vegan Challenges, where we help you to focus on satisfying, tasty and healthy vegetarian or vegan food for (you guessed it) thirty days. Not only do you learn how to become veggie or vegan in the easiest way, it often comes with the unexpected benefit of weight-loss from all that lovely, healthy food.

The next Challenges start in January – join now and we’ll help you slide into the new year in the healthiest of ways! 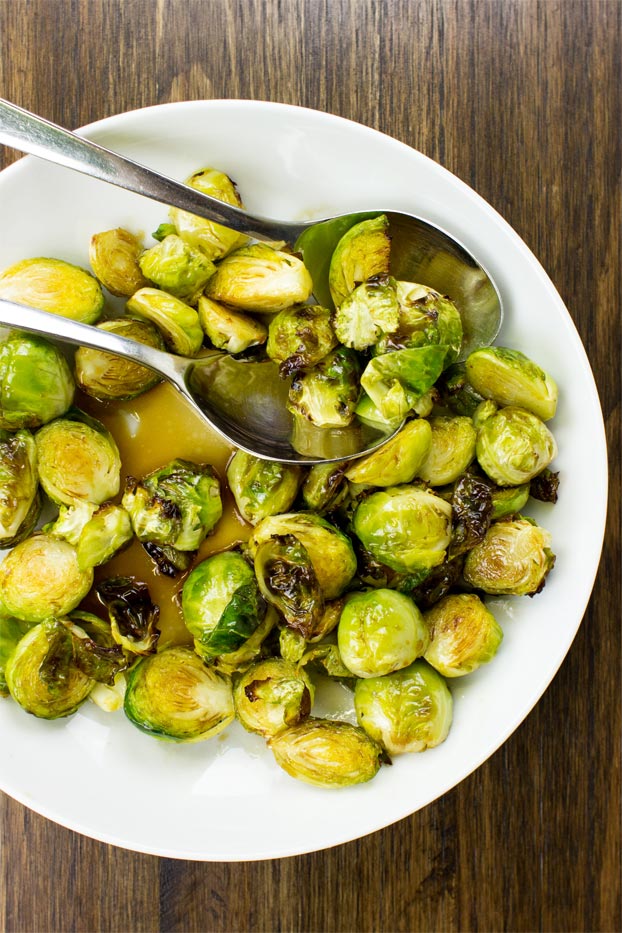 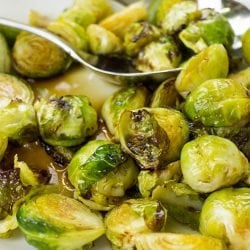 No longer will your Brussel Sprouts with balsamic cream or vinegar lay unloved at the table. These are the BEST sprouts ever and MUST be tried by all!
Course Side, Side Dish
Cuisine Vegan, Vegetarian
Time 30 minutes
Prep Time 5 minutes
Cook Time 25 minutes
Total Time 30 minutes
Servings 2 sides
Calories 223kcal
Author HurryTheFoodUp

If you want some structure to help with weight loss, we have a FREE meal plan right over here.